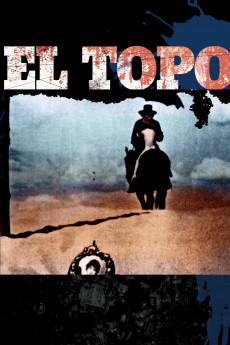 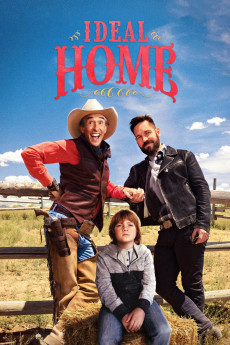 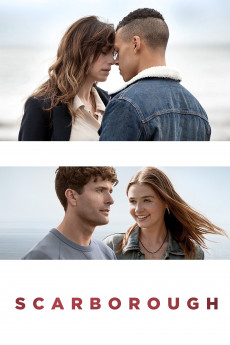 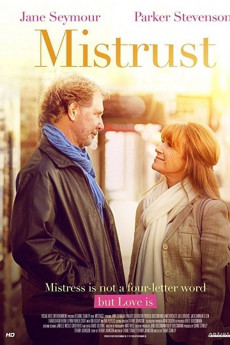 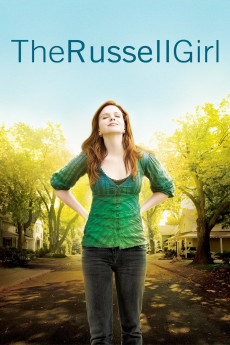 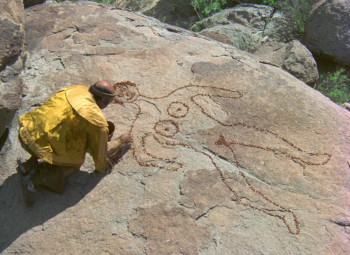 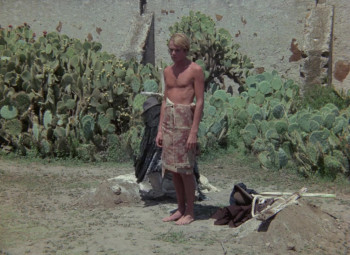 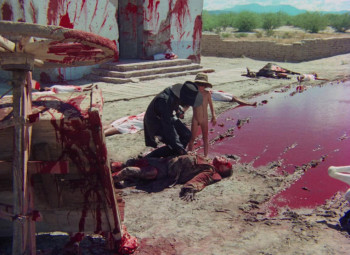 El Topo decides to confront warrior Masters on a trans-formative desert journey he begins with his 6 year old son, who must bury his childhood totems to become a man. El Topo (the mole) claims to be God, while dressed as a gunfighter in black, riding a horse through a spiritual, mystical landscape strewn with old Western movie, and ancient Eastern religious symbols. Bandits slaughtered a village on his path, so El Topo avenges the massacred, then forcibly takes their leader's woman Mara as his. El Topo's surreal way is bloody, sexual and self-reflective, musing of his own demons, as he tries to vanquish those he encounters.

El Topo decides to confront warrior Masters on a trans-formative desert journey he begins with his 6 year old son, who must bury his childhood totems to become a man. El Topo (the mole) claims to be God, while dressed as a gunfighter in black, riding a horse through a spiritual, mystical landscape strewn with old Western movie, and ancient Eastern religious symbols. Bandits slaughtered a village on his path, so El Topo avenges the massacred, then forcibly takes their leader's woman Mara as his. El Topo's surreal way is bloody, sexual and self-reflective, musing of his own demons, as he tries to vanquish those he encounters.

It's a violent, brutal, to some confusing, but fascinating and ultimately a brilliant allegorical film. It was the first of the midnight cult films.

Unrelenting at times. There are several characters and situations the protagonist experiences. Each of these characters and situations have a connection to various (mostly Eastern) religions. The feel of the first part is almost like a mid-period Fellini spaghetti western (had Fellini made a spaghetti western--which he did not). The second half of the film has an entirely different feel, message and pacing. The second half of the film is an allegory of the New Testament. Eventually it does all tie together however.

There seems to be a scene missing at about the mid-point of the film, and a characters motivation suddenly changes. Jodorowsky explained it was mostly intentional, but, two shots were ruined and never re-shot which would have helped set up a more discernible meaning to the scene in question. It occurs between the women in the desert.

Jodorowsky will not explain in detail all that he was going for in the film. He considers the film an Eastern.... he agrees that my interpretation of various characters embodying Eastern religion and philosophy is correct. He also was creating a film of emotions, violence, salvation, and redemption---so he intentionally did not follow the expected structure of most films regarding first, second and third acts and when major conflicts occur.

He flippantly agreed with some New York critics years ago who described the film as one which seemed to be a filmed version of a very strange L.S.D. trip. He had a lengthy conversation which was published and used as liner notes in the El TOPO soundtrack album which talked about the film in terms of it being something akin to a LSD trip. But Jodorowsky said, you certainly don't need LSD to enjoy it, it's already been done for you.

This was not something he was serious about it. But being 1969, and after having trouble getting a distributor for the film in the first place, and now watching the film having moderate success as a midnight cult film and amongst college students he decided it was good for the film to agree that the N.Y. critics were partially correct.

It is at times an extremely disturbing film. I thought I detected more than a little of misogyny in the film-- --however, as Jodorowsky essentially told me--none has been intended, except that the world now, like in the past, has always brutalized women and men have insisted on brutalizing themselves.

Seeing it with an audience in a theater also means you can discuss it with people of all types. Reactions to the film are all over the map. Most agree it is art---- many don't like the film---many find it too disturbing, too violent, too sacrilegious, too scattered. Others disagree over the various messages and meanings they receive from the film. Others just 'enjoy' it as a wild, weird, disturbing film.

Usually video copies of the film are from Japanese laserdiscs which fog all pubic hair. It looks strange if you are not familiar with this.

It is a film akin to an Opera. Although it was extremely low-budget, the film is an epic and has, if not a big budget feel to it, an impressive grandeur and sweep that few films achieve.

Filmed over a course of nearly three years, the filmmakers twice were stranded for weeks without supplies and without money. This film was started in 1964/65, completed and originally set for release in 1967/68, it predates The Wild Bunch, Easy Rider and other 60's landmarks.... It was a true labor of love to finish the film. And then the film was banned in several countries.

It is not in general release. For many years from the late 70's to the mid 90's it was rarely if ever shown.

A few years ago I revisited the film in a theatre and had the opportunity to discuss it as an audience member and later on one with Jodorowsky. His other film Sante Sangre is also quite good in my opinion, but I am not a fan of his Holy Mountain. Other films he has been involved with are of lesser value. He was a good friend of Fellini's and may someday direct Fellini's script of Don Quixote. He is working on Son of El Topo, but not sure when it will be released and who will distribute it.

El Topo began a nearly 5 year run as a midnight film and often sold out. It started in a small Greenwich Village theatre in New York City. After a few years of success in NYC, other prints were distributed to college campuses and for midnight shows in other cities. It became a modest hit!

So far I had only seen Jodorowsky's "Santa Sangre", but that one happens to be my all-time favorite film! One thing's for sure with this director whenever you check out one of his films for the first time: you should expect the unexpected and prepare yourself for not believing what your own eyes are observing most of the time. Just in case you really have to label "El Topo" with a genre, it would presumably be Western, but that still doesn't give you any idea of the film's content whatsoever. Within the first ten minutes alone, things occur that are already too weird to mention (like grown men shooting at women's shoes and bandits dancing and caressing monks!!) and these sequences aren't relevant to the actual plot yet! Well, I'd love to summarize the main story lines, but the truth is that I didn't understand one iota of it all. The pivot character El Topo, portrayed by the director himself, rides through the desert with a 7-year-old naked kid in tow. He exchanges the kid for a beautiful woman after defeating a gang of thugs and goes on a quest to visit four "masters" of the desert. Subsequently, he joins a community of mountain people and fervently helps them coming out of their dark habitat and into the open world. Yes, it's a very vague description, but that's because I didn't know what was going on anyway. Most likely, you won't either and that's not an insult to your personal intellect! It's just a messed up movie that you mainly just need to watch for its visual brilliance, symbolism and extremely stylish choreography. Every single character that walks through the screen is a demented & complex individual, and the protagonist is the absolute biggest weirdo of them all. He actually claims to be God himself  and really believes it, too  and does the most unpredictable things imaginable. Admittedly, this film isn't suitable for entertainment purposes. It's an intense and demanding experience that you should approach with an open state of mind and loads of patience. Purely elite cinema that can't be compared to anything else ever made.

Not for the weak of heart

"El Topo" was one of the first midnight-movie cult hits because of its visually stunning, mentally exciting indulgence in gratuitous sex and exaggerated violence

Avenging angel El Topomeant to be wise and mysticalrides into a town whose population has just been massacred He guns down some of the cruel and perverse bandits responsible and brutally punishes their leader He leaves his seven-year-old son with some monks and goes away with the gang leader's woman, Mara

In the desert sands, El Topo and Mara make love, and she quickly falls in love with him After their frantic love-making, she tells him that he can prove that he's the 'best' by killing the Four Masters

For no apparent reason other than to please Mara, El Topo begins his mission, defeating and killing each of the Four Masters