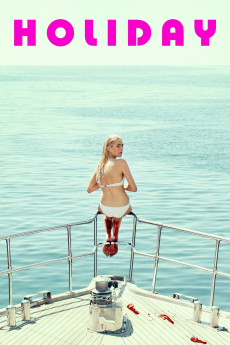 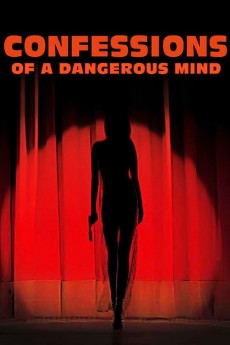 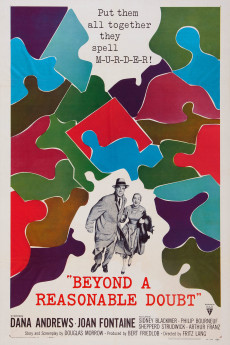 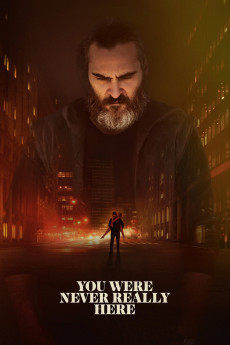 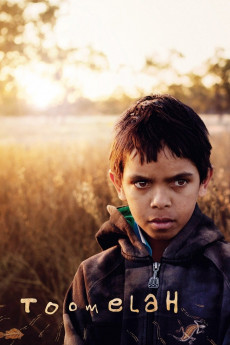 Young and beautiful Sascha discovers her dream life of luxury, recklessness and fun comes at a price when she is welcomed into the "family" of her drug lord boyfriend at his holiday villa in the port city of Bodrum on the Turkish Riveria. Physical and psychological violence are a way of life for this gangster family, but when the velvet veneer is stripped raw to the bone, Sascha's eye drifts towards the "normal" life she is leaving behind--is it possible she could still be accepted by polite society?

Young and beautiful Sascha discovers her dream life of luxury, recklessness and fun comes at a price when she is welcomed into the "family" of her drug lord boyfriend at his holiday villa in the port city of Bodrum on the Turkish Riveria. Physical and psychological violence are a way of life for this gangster family, but when the velvet veneer is stripped raw to the bone, Sascha's eye drifts towards the "normal" life she is leaving behind--is it possible she could still be accepted by polite society?

Palpably tense and thematically complex, this is deeply uncomfortable viewing

A film I've always admired is David Cronenberg's A History of Violence (2005), which features two graphic sex scenes between Tom Stall (Viggo Mortensen) and his wife Edie (Maria Bello). The first is a beautifully shot scene of two people madly in love; it's tender, gentle, playful, and erotic. The second takes place after their comfortable life has imploded because of his past deeds, and it's brutally rough, void of affection; just two people having sex on a staircase with no carpet. In these two scenes, the themes of the entire film are spelt out perfectly, encapsulating how catastrophically wrong things have gone and the degree to which their love has been compromised. So if ever there was a film with thematically justified sex scenes, it was here. In the same sense, explicit but crucial rape scenes can be found in films such as Irréversible (2002), Lilja 4-ever (2002), and Import Export (2007). And now so too Holiday. Director Isabella Eklöf's debut film, Holiday features an explicit rape that pushes all kinds of boundaries, and that will prove too much for some. No doubt it will be labelled gratuitous, exploitive, and voyeuristic, (accompanied by the usual asinine claims of "worst film ever"), when in actual fact it's the opposite - a narratively pivotal and thematically essential provocation.

Telling the familiar story of a sybaritic gangster's moll who realises she's in a bad situation, Holiday delights in upending generic norms. In this sense, it's thematically similar, although tonally different, to Coralie Fargeat's mesmerising rape/revenge thriller, Revenge (2017), which tackles all manner of androcentric tropes, subverting some, inverting others. Eklöf has cited both Gaspar Noé and Ulrich Seidl as influences, and as in much of their work, it's difficult to tell whether she's trying to convey a point about an inherently aggressive, territorial, and amoral human condition, or if she is just daring the audience to be offended. Co-written by Eklöf and Johanne Algren, the film is cold and hard, clinically detached from its subjects. But is it a post-MeToo narrative or an exploitative recreation of the male gaze and a validation of the worst elements of toxic masculinity (and toxic femininity)? And, yes, there are some problems - it eschews narrative momentum and conventional character arcs, and has no interest in eliciting pathos - but this is an impressive debut feature. The rape scene will limit its exposure beyond the festival circuit, we will definitely be hearing more from Eklöf in the future.

The film tells the story of Sascha (Victoria Carmen Sonne), a young woman holidaying with her older boyfriend, successful drug trafficker Michael (Lai Yde), and a group of his employees at a villa in Bodrum. Shortly after arriving, she meets Thomas (Thijs Römer), a Dutch tourist who is clearly smitten with her, and soon they're hanging out together. However, Sascha never mentions that she has a boyfriend, nor that he is violent when people don't do as he says.

As mentioned, Holiday reminded me of Revenge. Both are the first feature of a young female filmmaker, both play with genderised tropes, both turn androcentric paradigms on their head, both feature graphic violence, both are set in an almost exclusively male milieu where aggression is central, and both are highly confrontational (in Revenge, Fargeat makes the audience complicit with the male gaze by visually commodifying the body of the only women in the film, whilst in Holiday, Eklöf forces the audience into the position of a passive witness to a horrific rape). Thematically, the films are also connected, albeit by way of inversion - Revenge is about a woman fighting back against the men who have exploited and abused her; Holiday is about a woman who is either unable or unwilling to engage in such a fight.

In terms of the rape scene, filmed in a single shot at a removed distance using a stationary camera, is Eklöf saying something about male-on-female violence and sexual violation, or is the scene fetishising the very things she seems to be condemning - treating Sascha's body in much the same objectifying manner as Michael does. Is the scene redolent of a wider commentary on the behaviour it depicts, or is it simply cold observation of man's cruelty unto (wo)man? Either way, it's pivotal to the film, with Eklöf presenting Sascha as someone who internalises the violence done to her. Two key scenes in this respect come immediately before and immediately after the rape. When one of Michael's employees, Musse (Adam Ild Rohweder), returns from a drug deal to tell Michael the buyer never turned up, Michael is furious, telling Musse the police could have been watching and followed him back to the villa. He and his other employees then beat Musse for his stupidity. The rape happens next, and in the following scene, we see Musse, desperate to work his way back into the group's good graces, handing out expensive gifts. The point is clear; just as Musse becomes more loyal after a violent reprimand, so too does Sascha slide more and more into her role as sexual plaything for Michael.

The rape scene is also important insofar as it's an excellent example of showing rather than telling. At one point during the scene, which takes place in the villa's living room in broad daylight, someone appears at the top of the frame, coming down the stairs, although we only see their legs as they stop and retreat. This character, whoever it is, is thus doing something that Eklöf refuses to allow the audience to do - close our eyes to the horror of what we're witnessing, pretend it isn't happening. This speaks to a societal instinct to evade that which causes repulsion, with Eklöf suggesting that closing one's eyes to suffering and violence doesn't mean that suffering and violence go away. This is why the scene can't be dismissed as exploitative or gratuitous, a hollow attempt to shock.

Of course, although Sascha is blameless when it comes to the rape, in other ways, she's complicit with her own exploitation. Crucially, she's more concerned with accruing materialistic trappings than with the humiliations she must endure in order to accrue them. This is not a story about a woman too beaten down to try to leave, it's a story about a woman who knows that if she leaves, she will lose her meal ticket. In this sense, the film is partly a critique of consumerism and materialism. Important here is that Michael's group represent the worst kind of vacuous sybaritism - lowlife classless scumbags with no interest in anything other than their own wealth.

Aesthetically, the film is extremely controlled. Perhaps too controlled. For around an hour, next-to-nothing of consequence happens. There is method in Eklöf's restraint, however, with the narrative somnolence in the first half meaning that when it comes, the rape hits with even more force. Undoubtedly, the lack of incident will drive some people around the bend, but for me, everything is so tense, it doesn't matter that little of note happens.

The tendency to defamiliarise the mundane and render it unsettling is introduced in the opening shot, which sees Sascha walking through a seemingly empty airport, the sound of her high-heels reverberating throughout the building. There's nothing remotely threatening about the scene, but it's just off-kilter enough to instil trepidation, and this tone is maintained throughout. A karaoke session, in particular, is almost unbearably taut as we wait for an explosion of violence that may or may not come. Here, and elsewhere, Eklöf plays with and manipulates audience expectation, especially genre conditioning; we're used to seeing things kick off in films about drug dealers, so we expect the same from Holiday.

In terms of problems, the lack of forward momentum will lead some to find the film boring or "pointless", whilst the lack of character arcs will see others accuse it of being underwritten. Some people will also see the rape scene as unnecessarily degrading. And although all of these issues are by design, it has to be said that Eklöf does push non-incident slightly past breaking point, and her refusal to develop the characters does make it difficult to empathise with anyone. This is especially troublesome with Sascha herself, as she is, for all intents and purposes, hollow.

These problems notwithstanding, Holiday is an impressive first feature. Essentially about a woman who can adapt to anything so long as she has a credit card, it's bleak and difficult to watch, but it's also masterfully constructed and thematically complex. Presenting the group's milieu with the detachment of a nature documentary, we witness the physical violence and psychological brutality that's endemic to this world. Pushing the boundaries of how a woman's body can be used on-screen, Eklöf asks all manner of questions without providing much in the way of answers. Finding them is our job.

Please, don't waste your time. Boring and graphic at the same time

This is my first review on IMDb, I have been using this site for lurking since 2003 and never thought I would write a review. That was after seeing this movie and this review is only a warning.

So, this movie is awful. I don't mean awful in a good way. You can't even watch it ironically. Remember those straight to tv movies the used to show at three in the morning? This movie makes those movies feel like Bergman.

The sound is bad. The acting is dull. The story is boring and they try to spice it up with a graphic rape scene. They introduce things at one point and then just drop it for no reason. Like the moped crashing, what was the point? It's just a collection of Danes partying.

A boring, tedious piece of feminist-sploitation. Really, this was lame....

I was looking though a list of the best foreign horror films of 2018. You had the typical fare, movies about demons and hauntings, and then I came across the description for this movie. I went in without seeing the trailer and I prepared myself for a really disturbing film.

We get more boring, obnoxious people, and some more domestic violence for about another 20 minutes.

Then finale has a scene that genuinely shocked me, and the movie was over.

So, here's what you get with this "movie";

First 50 minutes- Boring, trite and tedious. Really, everyone is insufferable.