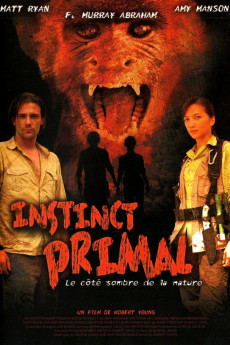 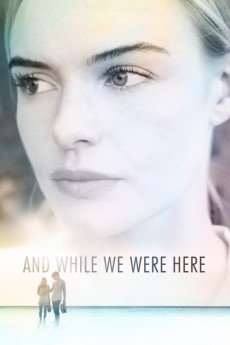 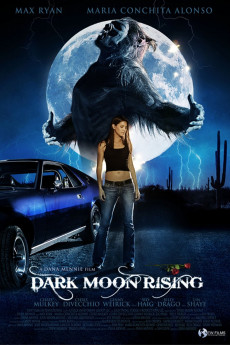 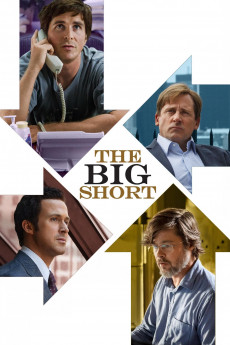 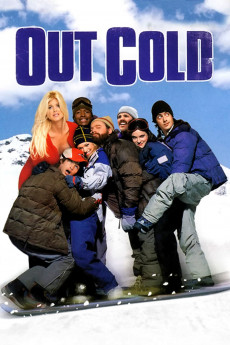 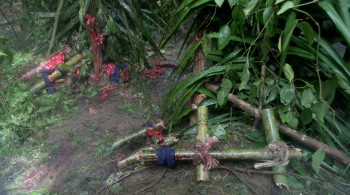 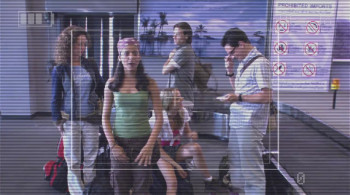 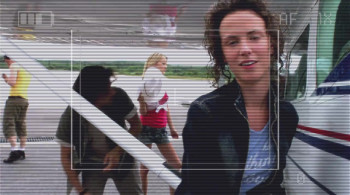 A renowned but mad professor leads a small group of American students into the jungles of Africa to investigate a remote tribe of killer chimpanzees rumored to be the missing link.

A renowned but mad professor leads a small group of American students into the jungles of Africa to investigate a remote tribe of killer chimpanzees rumored to be the missing link.

Blood maybe, monkeys not so much

A group of students is summoned to assist a professor in exploring jungle regions never before touched by the human hand. But soon they learn about a whole new primate species that just might still be alive. After one of the students disappears, suspicions turn against the professor and the blood monkey begins his prowl.

Did you ever have a movie you just knew was going to be bad without giving it five minutes of a chance? This was one of those -- with a name like "Blood Monkey" and the fact it seems to be from the Sci-Fi Network, I had little hopes. Even the fact it's a "creature feature" is unfortunate, because those are so hard to make decent (I'm still recovering from "Prey"). And the selling point? It stars Oscar-winner F. Murray Abraham as Professor Hamilton.

Highlighting Abraham was a good idea, as he's really the only one in this film who has a real chance at another movie appearance. I'm just sad he had to sink this low to pay his rent. The only other character I really liked was student Sydney Maas (Laura Aikman), but this was more for her questionable attractiveness than any special talent.

As my title says, this film suffers from one big lack: the monkey. Every so often you'll get some blood and at one point there's an arm. But the monkeys are always in the distance, in the shadows and blurry, so they could be boars or lions or anything else. Even, perhaps, Dennis Franz. I really don't know. But have students get attacked by a creature, but never showing the creature attack, gets really old.

I don't know who would enjoy this film. I will say they paced the suspense out, so I never wanted to shut it off (which is more than I can say about a lot of movies). But others might not be so patient. With minimal action, minimal gore, no nudity... this is not the ideal horror film. Sometimes you can remedy that with solid writing ("The Beast Must Die!") but this film is a one sentence idea stretched to 90 minutes. You're better off watching reruns of "Murder, She Wrote".

Another day another creature feature

F. Murray Abraham pays the rent by lending his Oscar winning credibility to this routine creature feature. As a mad scientist type he joins an obligatory ensemble of bickering students as they wander around a forest in Thailand until its time for the creature to turn up. Its all very by-the-numbers and elderly film and TV veteran Robert Young keeps the quality reasonably high considering the limitations. Fans of the genre (a mainstay of the Sci-Fi Channel) will know what to expect, though this is of higher quality than many similar productions, but thats not saying much when a film displays not a single novel trait.

2. If it's not Stargate, and it is a movie, copy the title. If it's Stargate, or another TV program (not a movie), look down the schedule for the next movie and copy its title.

3. Go to IMDb and paste the aforementioned movie title into the search box (assuming you're too lazy to just type it. This also eliminates typos.)

4. (Maybe) pick the appropriate entry from a disambiguation list.

5. Scroll down to the bottom of the page where the review is, and hit the link that says: "More".

Really. Every movie I see on Sci-Fi is worse than the one before. In one, it's man-eating baboons. In this, it's man-eating - well, I'd say from the title monkeys, but it really could be just about anything, 'cause the production was _so_ cheap that we never got a decent look at it/them!

Let's see if I can be more specific: the characters are a bunch of squealing twits whom we're glad to see die, the story is so formulaic it should have never been filmed, the cinematography is as bad and the special effects are about nonexistent. I mean one of the main ingredients of a creature feature is a creature, _some_ creature, preferably something scary. This is absent.

In fairness, there was _one_ good line: "My rappelling harness is riding up into... uh, someplace it _shouldn't_!"

I swear, they oughta call it the "Stupidity, Horror, and Sci-Fi Channel", because that's the order of their priorities.

PLEASE! CAN'T _SOMEONE_ MAKE THEM STOP?!

It's apparently a gorilla with a brain far larger than a human's. Which means _nothing_, lots of animals have larger brains than people, it's brain / body size ratio that matters. Just one more technical detail they messed up. But this big brain supposedly makes it so smart that it easily hunts down and slaughters a pack of anthropology students. If it were _really_ so smart, it would have quit this stupid picture early on, much like the ape-man in MAD Magazine's parody of "2001". (Well, I guess that dates _me_, doesn't it?) In this case, slaughtering the students is no big thing, as they're all so ineffective that all they can do is scream a lot. In fairness to the script, it would be easy to suppose that this batch has been hand-picked by their Mad Professor as bait for a hunting expedition. The hunter, however, fares no better than the bait, despite being armed with a Kalashnikov. Neither does the Professor himself.

Rappelling is about the easiest and funnest thing you can do in the mountains, other than, perhaps, sex with yer fellow hikers. Control is a no-brainer, and it's just not that scary. It's the climb _back_up_ that's a bummer.

When yer tent gets peed on by something with a stream the size of a garden hose, it's gonna be immediately obvious that it's _not_ rain, and it's _not_ somebody's filthy bandage on their sprained ankle, either.

When both sides of someone's chest are punctured, either from Kalashnikov fire or multiple wooden stakes, both lungs deflate and the subject does _not_ scream or talk. All they can do is die.